Get Back on the Bus! Sources of Your Leadership Character 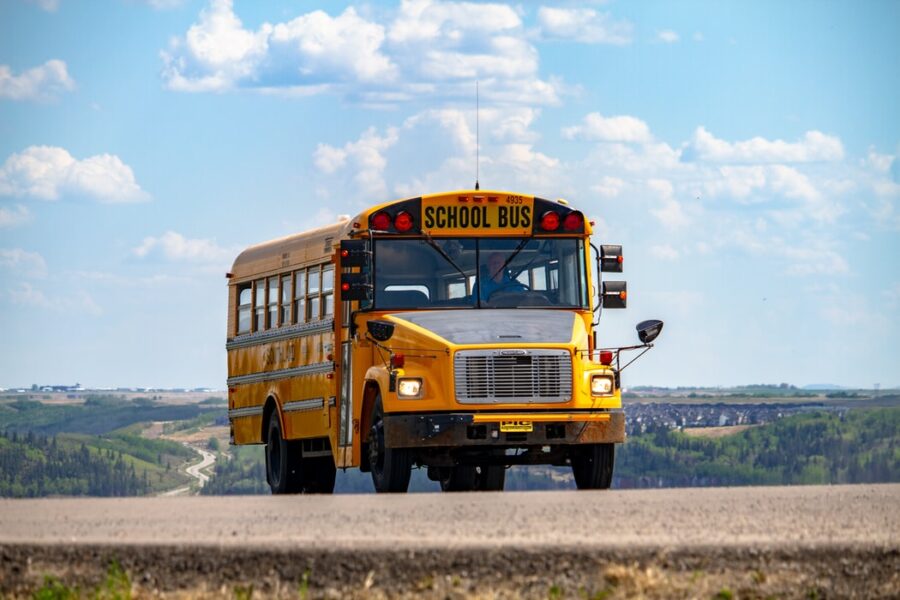 One particular morning a mother sees her 8-year-old son Ronnie off to school. Following their routine, she walks him to the bus stop where they wait patiently. The bus arrives. Ronnie gets on. His mother returns home to get ready for work. 15 minutes later the doorbell rings; Ronnie is at the front door. She’s surprised to see him and then shocked when she notices the school bus with its door open, in front of her house.

The mother asks Ronnie, “What are you doing back home?” He replies, “I’m quitting school! It’s too hard, it’s boring, and it wastes my time.”

Source of Your Character

Where does a person’s character come from?

We could spend years analyzing this question but don’t need to. The makeup [enter your own punch line here] of your character is an amalgamation of many things including your genetics, the style of parenting you had, your childhood friends, trauma, fun and painful experiences, your internal thought process, and much more.

To understand this better please examine the following graphic: 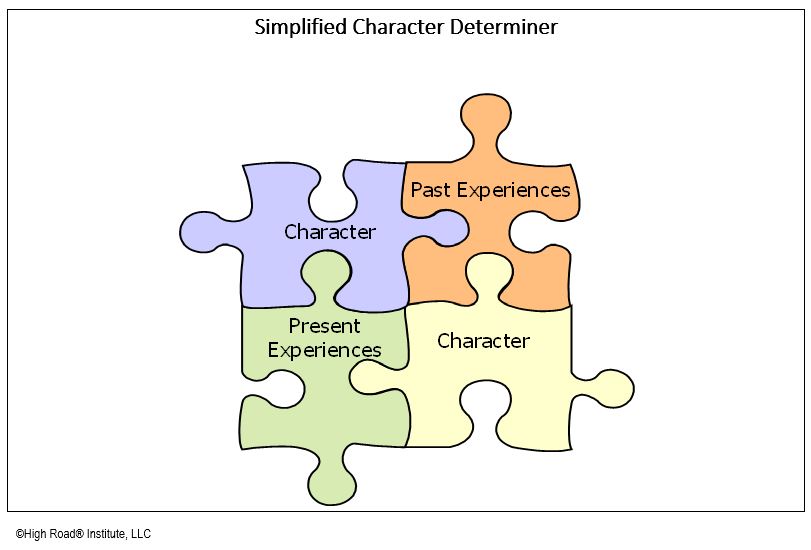 A Leader Must Know Their Character

In my story the mother is trying to build her son’s character. He wants to take the path of least resistance while and she wants him to stick it out. This could be a defining moment in his life… or not.

Almost no one goes into a situation and says, “I’m going to face this to define my character.” In addition, as we grow up, most people can spot our emerging character long before we do.

In my younger years (like Ronnie), I often took the path of least resistance. If something was hard, I usually quit. At 13, I heard my parents describing me to someone; they didn’t think I was nearby. My Dad described me as lazy while my Mother added that I gave up too easily. Those descriptions of me stung! I packed to leave home but was too lazy to get out the door. [Ronnie is NOT me!]

As I matured and became self-aware, I began to spot examples when I took the easy way out. I soon realized that I could not change my past experiences, but I COULD learn from them. I also used my present experiences to act and think differently which formed new behaviors.

The Meaning for You

As a new leader, an experienced one, or a student of leadership, you need to know what your character is like. Or at least how others perceive your character. Why? As leader of people, you are a role model. Therefore, whatever you want your employees to be like, you must be like that first. If you want them to have squeaky clean ethics, then a commitment to ethics must be in your DNA. Do you want employees to openly communicate issues, concerns, ideas? Do you behave this way? Maybe you want to able to trust your employees. Then you must earn their trust and demonstrate often how much you trust them.

In my story, the bus represents the path to leadership and the work required to become a good leader. School represents your authority and the responsibilities of the honor.

I guarantee that there will be days when you want to stay at home [yes, I realize some you are already there while WFH]. You want mommy to deal with the problems so you can hide in your bed under the covers.

However, as your mother… erm leadership coach, I must tell you, “That’s leadership! Now get back on the g_ _ d_ _ m bus!”

The tough part of leading shapes your character.