Every Business Wants Their Best Employees to Stay 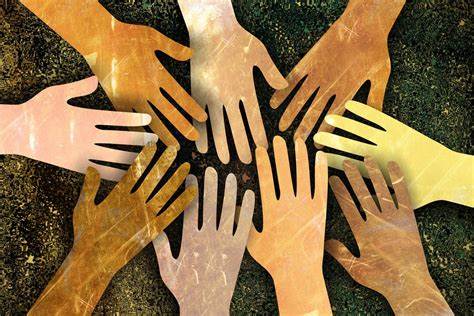 Alison believed that she had the ‘right stuff’ to be promoted into a senior leadership role. Her clients raved about her knowledge of the industry and a deep understanding of her employer’s offerings. In every performance review, her supervisor and direct reports extolled Alison’s talents and leadership qualities. The firm’s CEO told her early in her career, “You are on the fast track to be promoted to a Vice President position. I’d like you to be the first woman to earn that honor.”

And when her time arrived for the promotion that fulfilled the CEO’s prediction, Alison said, “No thanks,” and turned in a resignation letter.

As seasoned mechanical engineers, there was nothing that Elana-Marie and Jamal could not build, fix, or improve. Elana’s father, also an engineer, had worked for “ABC Mechanical” for his entire career, so its owners hired Elana right after graduation. Through the years, Alana proved her worth many times over and her excellent work attracted big money projects.

When ABC hired Jamal, General Manager Jonathon assigned Elana to train him. She must have done an excellent job because Jamal quickly mastered his duties and soon most of ABC’s big and complex projects went to him. His talents and Elana’s skill as trainer paid off.

Jonathon once admitted to his co-owners, “If Elana and Jamal went our competition, we might as well shut the business down.” To prevent them from leaving, Jonathan decided to promote them into management roles and raise their salaries significantly. However just before he could make that offer, both Alana and Jamal resigned. Jonathon was in shock.

Born with a congenital bone condition, Danny was not able to walk or stand with stability. He used a cane and a wheelchair to get around. However, these physical limitations did not prevent Danny from becoming a skilled graphics artist.

Accustomed to sitting for hours allowed Danny to focus on his craft. Danny was also a good communicator and trainer, so his employer decided to create a new role for him: Director of Talent and Training. This promotion came around his seven-year job anniversary.

Four months after taking on this challenging role, Danny resigned.

What happened? Why did talented people, on the brink of promotions into leadership, leave good jobs?

Danny’s, Jamal’s, Elana’s, and Alison’s story have a common thread which I will get to in a minute. For now, let us talk about your story.

Diversity In Leadership is a Competitive Advantage

Would you like a powerful way to change your culture for the better? Do you now have a company where your best and brightest stick around? Even more to the point of this article, would you like to shift into a culture with:

You make this employee friendly culture possible in your company by placing more women, minorities, and people with a disability into leadership roles! Yes, it is that simple!

You might believe that you currently have enough women and minorities in leadership roles, but most companies do not.

In large organizations, such as public companies, the leadership should reflect society. However, when I conduct a comparison of employees to leaders, there are big gaps. Currently “70% of high school valedictorians are women and 47% of MIT engineers or graduates are women. But women get short shrift at work because the environment in most workplaces is not welcoming, accommodating, and supportive of women as it needs to be.” This is an observation by an experienced C-suite executive who led a Fortune 100 company, Indra Nooyi.

At smaller companies, members of minority groups are more likely to be in key leadership roles, but my research suggests we have a long way to go before American businesses reach something resembling racial and gender equity in leadership.

The Cause of this Gap

Too many businesses large and small have a homogeneous leadership team; a group of people that look the same, act the same, and have similar socio-economic backgrounds. In other words, there is little or no diversity!

And this leads to problems. Alison resigned because she worked in an all-male culture. Her opinions and ideas were undervalued. She was the target of jokes and pranks and even sexual innuendos. Most social and client-oriented events were built around activities that her male colleagues enjoyed. Worst of all, women who wanted Alison’s firm to manage their investments were turned off by the ‘if you are not a man, you don’t matter’ culture.

Alison is now a VP and a full partner in a boutique investment firm that caters to women clients.

Elana and Jamal experienced subtle racism from a handful of employees. But when they brought the incidents to Jonathon’s attention, they were told, “Ignore it. Remember, you live here in the South, so you have got to be thick skinned.”

Elana’s father loaned her the money to start her own company, and her first employee was Jamal. Nearly all those certain customers treated unfairly, now do business with her.

Danny’s employer used him as an ‘shining example’ of how they were a “good employer for people with a disability.” It said so on their website. Yet, Danny was tired of all his battles with management after seven years. Even though his employer followed ADA regulations, these are minimum standards. Each time Danny asked for special tools, a customized desk, a chair that made it easy for him to move to and from his wheelchair, items that would help him do his job, he was told, “It’s not in the budget.”

As the company and its headcount grew, Danny had less space to maneuver his wheelchair. Like his request for special tools, his request for better accommodations went nowhere.

Danny’s growing frustration boiled over when the company wanted to hire a talented graphics artist, who happened to be sight impaired. In the management meeting where this potential hire was discussed, two leaders in the room made jokes about blind people. The CFO griped about all the money they would need to spend for “more damn ADA accommodations!” Danny was in this meeting but to everyone, he was invisible.

Why is a Diverse Leadership Team in Your Best Interest?

Having a culture that fails to honor and fully practice diversity and inclusion costs you. Losing talent, customers, and the time invested in developing future leaders. All three employers were sued and had to pay millions in damages and attorney’s fees.

When you have more women, monitories, and people with a disability in leadership roles, you take the High Road®. You experience tremendous payoffs, which include:

Even many more payoffs that grow over time, such as being recognized as an “Employer of Choice” or a “Best Place to Work.”

Companies in the top quartile for gender diversity are 15% more likely to outperform their competition. Companies with an inclusive culture are six times more likely to be innovative. By staying ahead of changes, these companies are twice as likely to hit or better financial targets.

The CEO of a successful investment firm confirmed this. He told me, “All the attributes you have mentioned are applicable to our small firm. However, in a highly personalized business like ours, the first two stand out the most. Some women clients seem to appreciate having other women to talk to. I think the additional perspective [my female employees] and other team members provide help ensure that we provide a better, more holistic service to our clients.” I am a loyal client because of their inclusive culture.

The Path to An Inclusive Culture is Not Difficult

Some leaders believe that it is too difficult and impossible to have a culture that values everyone and models equitable and inclusive leadership. It is not hard, because all you must do is to embed three values and behaviors permanently into your culture.

• Treat Every Employee with Respect
“A culture of inclusiveness is rooted in respect — employees are treated with and treat others with civility and decency. For respect to exist in the workplace, employees and leaders alike must remember that respect is in the eye of the beholder — it is about how an individual feels during an interaction.”

• Value Employees for their Strengths

“Employees must be recognized for the unique perspectives they bring from their backgrounds, experiences, personalities and the things they do exceptionally well (their strengths). Learning about personal strengths teaches employees about how they tend to think and behave, what motivates them, and what they naturally do best. It also helps them identify what may not come easily to them and where they may have blind spots when observing, evaluating or demonstrating respect for others.”

• Do What is Right

“Employees must trust their managers and their organization. Trust is critical to an inclusive culture, and it is essential in diverse workplaces for helping employees navigate the vulnerabilities and uncertainties that can arise because of differences. Gallup research finds that employees are more likely to be engaged when they strongly agree that they can approach their manager with any question and talk to them about non-work-related issues. Non-work-related conversations need to be based on each person’s discretion.”

It is your employees who know for certain if these are actually practiced!

Here is a short and informative video created by Gallup Research that describes the culture you want every employee to experience:

Diversity in your management team is a bottom-line issue because diverse opinions and talents lead to greater profits and a sustainable business. It is that simple!