Where Will the New Leaders Come From? 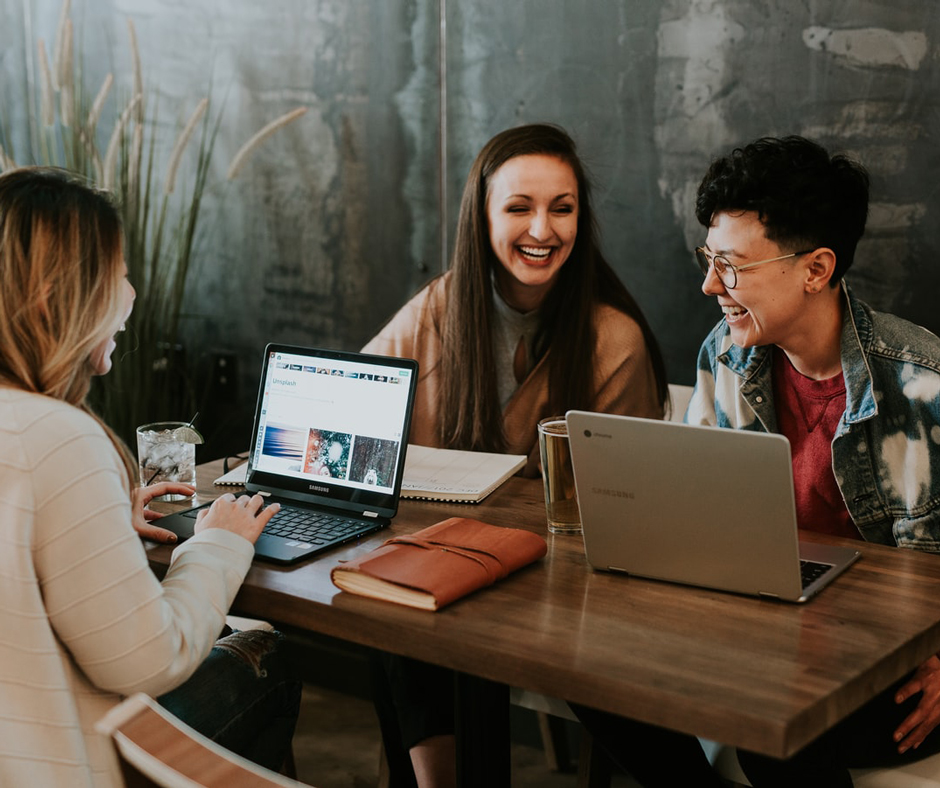 The Need for More Good Leaders is Everywhere!

You haven’t? You need to!

These children represent our next generations (next gen) of leaders and these influencers are already having impact at 17 (Dillon), at 14 (Brecken) and even at 10 (Kamaria), and 9 (Jack).

Recently, I read an article that stated many Millennials spend more time in their home than out of it. You’ve likely heard stories such as the next gen is selfish, ungrateful, and self-absorbed. It may seem that these young men and women may not be good leader material because they stay cocooned and appear unable to communicate only through technology.

Because of these MYTHS, you NEED TO KNOW about Kamaria, Carson, Brecken, Sasha, Jack, and Dillon and other next gens like them.

What the Next Gen is Up to

Kamaria Warren is the Mini CEO of Brown Girls’ Stationery™. At age 10, she founded an inclusive school supply business because she is motivated by the desire to show all the different skins tones and to demonstrate that brown can be beautiful. “I want everyone to feel equal and not be ashamed of their skin color.” Imagine going to grade school by day and making executive decisions at night. That is Kamara’s life and she’s proud of this choice.

Carson King is the ‘Iowa Legend’ who has raised millions for charity. He did this by wielding a sign asking for beer money. He was working security at a casino and trying to figure out what to do with his life. Carson and his sign appeared on the pregame show of ESPN’s “College GameDay” and that day he collected $650. But instead of spending the money on himself, he donated it. Carson’s savvy use of social media resulted in gathering donations of $1 million in one year and at a recent event, garnered $3 million. Carson is living up to the nice guy label that he earned in high school.

Brecken Hayes, who lives in Indiana, saved money to buy new video games. “But then his community food pantry put out the call that their shelves were bare, and they needed help.” This 8th grader paid attention to food bank’s need, donating to them the $450 he had saved. Even more, Brecken’s actions spurred other students who raised more than $1,000 for their local food pantry.

Sasha Thomas “figured out a way to bring the joy (and agony) of solving the Rubik’s Cube to people with visual impairment.” Sasha’s dad works with people who have visual impairment at a Veteran Affairs’ campus. His father often uses textured dots and stickers to better help his clients. This practice sparked an idea in Thomas who with a friend’s assistance, created a prototype Cube that the blind could solve. “We thought, ‘how can we take this and give it to a certain group of people that wouldn’t have had to opportunities to solve them otherwise?’”

Sasha next “cold-called the Washington State School for the Blind and asked if they could try it out with some of the students. The superintendent said his students were excited to try the puzzle.”

9-year-old Jack Beason feels inspired by his seven cats. “He says they’re easy to take care of and very loving.” On a recent birthday, Jack “decided giving would be better than receiving and asked for donations of food or toys for his local animal shelter in Baton Rouge, Louisiana. This year, Jack chose to donate money and set a goal of $500.

Dillon Eisman is “a unique Los Angeles teenager.” He spends his free time “bent over a sewing machine thinking of others. Dillon said in an interview, “I thought to myself ‘I could do this for a lot of people’ and make them feel good.’” Dillon used this desire to turn thrift-store items into refurbished fashion pieces and sell them to the public, with the proceeds going to help LA’s homeless population. “The 17-year-old started the not-for-profit Sew Swag so he could donate his updated clothing to Los Angeles-area shelters. He hosts trendy pop-up shops outside of the shelters, where the clients can shop. Dillon’s “work caught the attention of Caitlin Adler, whose non-profit collects and redistributes used clothing. She partnered with Dillon to bring her used inventory into the 21st-century fashion scene.” The motto of this partnership is: Upcycle. Uplift. “Dillon hopes one day he can take his mission worldwide, ensuring no one who receives secondhand clothes ever feels second rate.”

I got very excited with my discovery of how these Next Gens are using their talents to help others got me. And naturally I could see the leadership aspect of these examples.

Insight 1 – Look Around You

The true leader strives to have an outside perceptive and looks to see what needs done to get better results. All these next gen influencers do that.

Insight 2 – The Other Person Matters

Yes, we are born with the belief that the world revolves around us. Some of us grow out of that notion. A good leader sees that the needs of other people are more important than their own. And then this leader takes an action, like these young influencers.

Insight 3 – Let Go of the Reins

My wife, an accomplished leader, likes to say about next gen influencers, “let go of the reins and let them show us what they can do.” Young influencers such as Kamari and Dillon don’t get bogged down by ‘the rules.’ They never learned them and don’t even know that rules of ‘what should be done’ exist. This gives them the freedom to explore and create and innovate.

Insight 3½ – Believe in Yourself

It’s clear to me that all six next gen influencers have tremendous self-confidence. And this attitude often rubs off on the people they hang with. A good leader needs lots of confidence, because the path to leadership is not a straight line. Leading is an art, not an algorithm. In the beginning, an emerging leader will fail more than they succeed. Building self-confidence is an everyday exercise.

Once a Leader, Always a Leader

I predict that these six next gens will continue to grow into greater leadership roles. Because of the experiences and success that they are now having. Leading is not a title or slot on an org chart. Leading others is an attitude that lasts and lasts.

Back to the Myths

For every next gen who:

You Can Help Them Develop

When you hear about or see a young person, like these I’ve cited, reach out to them. Thank them. Learn their story. Explore their dreams and motivations. Tell them how you feel about their actions and courage.

Once you have done that, help them see that they are being leaders. Offer to mentor this special person. Ask them what they want to accomplish next and if you can open a door or make an introduction, then do that.

We need more good leaders everywhere… and if you look you will spot them. They have the spark! What they need is encouragement, support, and the opportunity to grow and learn.